Latin is an elegant and ancient language that has been studied for many generations. It is also quite alive in our culture, and in the languages we speak today. Latin Alive! is a series of Latin texts for junior high or high school Latin study. Written by experienced and enthusiastic Latin teachers, Latin Alive! is an excellent introduction to the classical language. With an emphasis on grammar and solid understanding of the language, it goes on to frame the study of Latin in Roman culture and mythology, and also to remind us of the many ways Latin is present in our culture today. Latin Alive is a three year series.

Students will be delighted by what they learn in each new chapter of Latin Alive!, Book One, and they will learn to see that Latin is everywhere around them. As the first text in a three-year series, it is a rigorous and thorough introduction to this great language, and is designed to engage the upper school (middle and high school) student. Brimming with relevant facts and stories this text offers something for everyone.

How does this text compare with Latin for Children?
This first text in the Latin Alive! series serves as both an introduction for the middle school and high school student who has not previously studied Latin, and also a “bridge text” into more advanced study for students who have studied Latin in grammar school. If your student has gone through all of the Latin for Children primers, you will find this first year of Latin Alive! to be one of accelerated review, with greater explanation of grammar and increased reading and translation.

Be the first to review “Latin Alive! Bk. 1, Student Book” 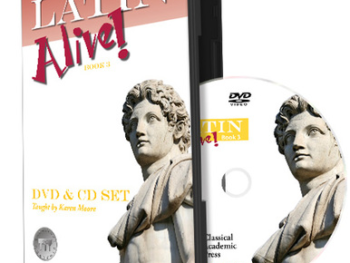 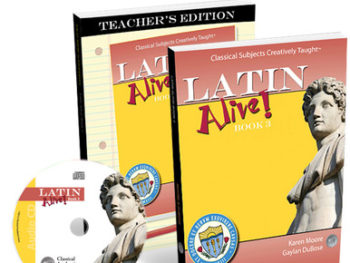 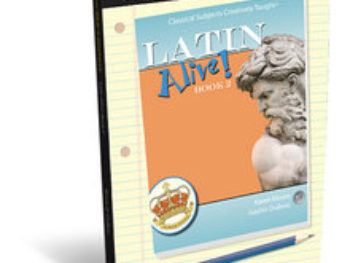 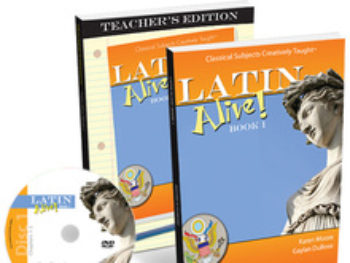