This laboratory-based earth science course can be used for either eighth or ninth grade.  Most homeschooled students should be ready for it in eighth grade, but privately- and publicly-schooled students will be more comfortable with it in ninth grade.  It covers the general properties of the earth’s geosphere, hydrosphere, and atmosphere.  Students learn about all the sections of the geosphere (such as core, mantle, crust, etc.) and then they study each in more detail.  When studying the earth’s crust, they learn about minerals, rocks, and the rock cycle.  Plate tectonics is then covered, which leads to a discussion of seismic waves, earthquakes, and volcanoes.  Students then learn about fossils and how both uniformitarians and catastrophists interpret those fossils as well as the sedimentary rocks in which they are found.  A discussion that compares uniformitarianism and catastrophism follows, in which the strengths and weaknesses of each view are covered.

After that, the hydrosphere is discussed.  Students first learn the properties of water such as polarity, the ability to hydrogen bond, and heat capacity.  That leads to a discussion of the hydrologic cycle and residence time.  Students then learn about the waves, currents, and tides in the ocean.  They then move on to the ice reservoirs on the earth and then the freshwater reservoirs.  Water in the air is the last part of the hydrosphere that is covered.  The atmosphere is then discussed, including the composition of air, the sections of the atmosphere, temperature gradients, and pollutants.  This leads to a discussion of weather.  The course ends with two chapters on space, one that covers the solar system and one that covers the universe as a whole.

There are roughly 55 hours of laboratory instruction in the course. See lab kit for contents.

This product is a set consisting of both the textbook and the solutions and tests booklet containing everything the parent/teacher needs to know for the subject.

Be the first to review “Discovering Design with Earth Science Set” 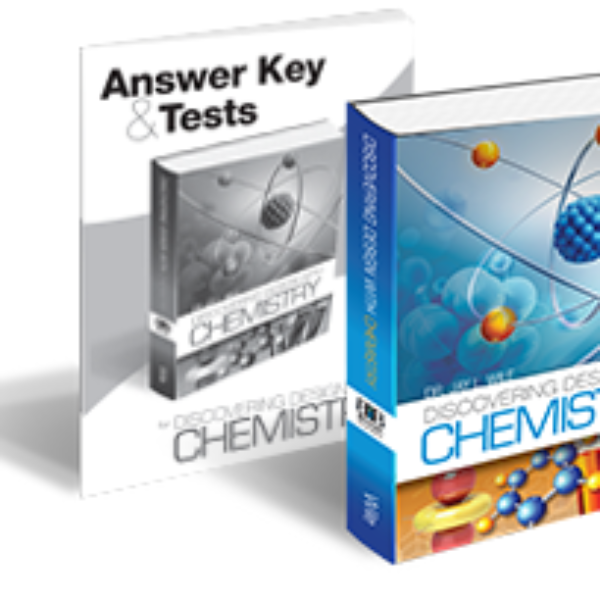 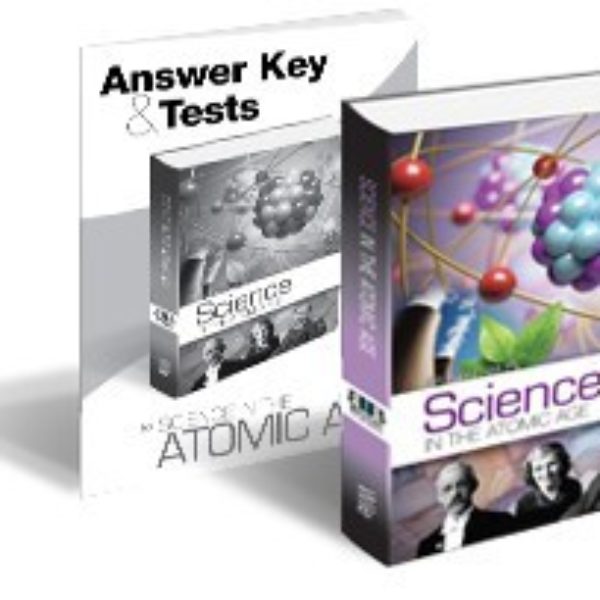 Science in the Atomic Age Set 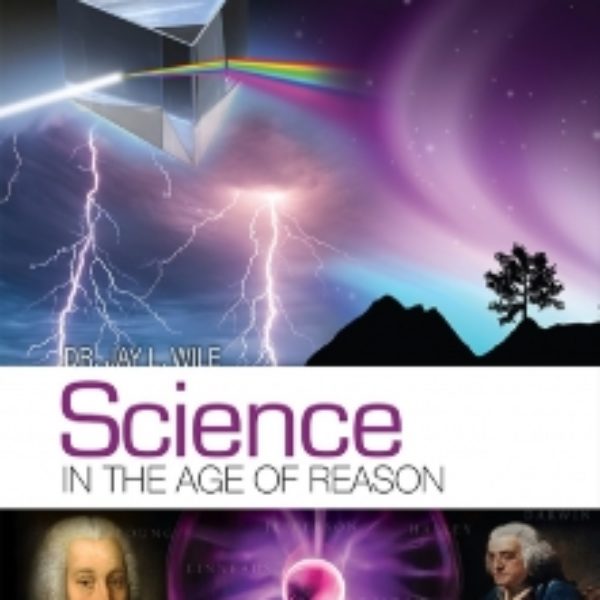 Science in the Age of Reason Set