by Walter and Steven Farley


Safe in the mountain stronghold of his owner, the black colt is larger, stronger, and more savage than the other yearlings in the paddock. During an attempt to steal him, the Black escapes and finds himself alone in the vast Arabian desert. Pursued by many and trusting none, he must summon his fierce will and courage to keep himself alive. Can he suceed?

The last tale of the Black co-written with Farley's son Steven, tells the exciting story of the Black's adventures in Arabia before he met Alec Ramsay.

Be the first to review “Young Black Stallion, The” Cancel reply

Black Stallion and the Girl, The

Black Stallion and the Shape-Shifter, The 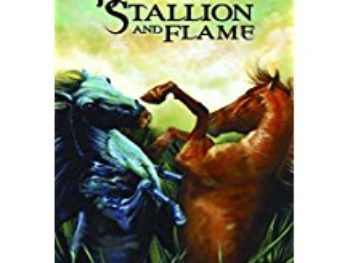 Black Stallion and Flame, The