Children and parents alike have enjoyed learning Biblical truths through her songs that cover the major teachings of the Bible (Based on the Westminster Children's and Shorter Catechisms). Filled with songs that are distinctively biblical, thought provoking, and melodically addicting.

This new CD: Blessed... Songs for the Beatitudes:

"Many consider the Beatitudes in the Sermon on the Mount the "bottom line" of Christian living. I confess that for years, I had a very superficial understanding of this very familiar passage in God's Word, and then I read Thomas Watson, the Puritan, and was also privileged to sit under my husband, Wayne's, preaching on the subject! I was repeatedly gripped with sorrow over what I had missed, both for their weightiness & my inconsistency in reflecting such Christ-like character. God used this window into His word to inspire me (in 2001) to begin writing songs for the Beatitudes. At last, these songs have come to fruition, and we are humbly grateful to God for all His provisions in enabling us to produce them." ~ Judy Rogers

This music could be described as "heart searching" and is similar in its tone & sobriety to her first recording, "Why Can't I See God."

Be the first to review “Blessed (Judy Rogers)” 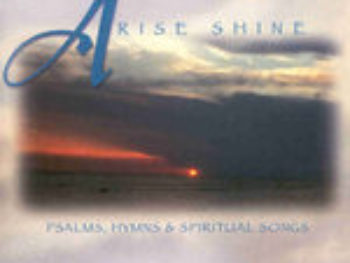 If You Love Me (Judy Rogers)